TV ads on the way out? Not quite…

Everybody’s favourite habit of late is bashing poor old TV and its place in any marketing mix. A common theme among posts related to media and advertising is the inevitable rise of digital ad-spend – how it will soon overtake spending on TV and how this heralds the end for TV advertising. Money goes where eyeballs are, after all. Some commentators have weighed in on why TV is suffering. But on closer inspection, not everything stands up to scrutiny. Check the points below, and why we think they’re not the insurmountable issues some people think they are. If anything, within each lies an opportunity for TV advertising to take its next steps forward. 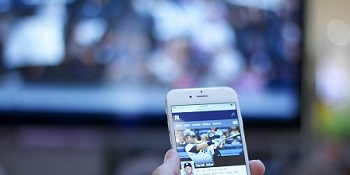 Mobile devices, as anyone not living under a rock for the past 10 years can tell you, have exploded (that’s not a dig at Samsung). They’re everywhere, and with us practically 100% of the time. We’re always using them and, especially during TV ad-breaks. The point here is that they can act as a distraction while TV ads desperately call out for our attention, thereby rendering the TV spots ineffective.

But…is this truly the case? In a mobile world, do TV ads have a place? Absolutely! We know this because we’ve built a business around it. (Warning: shameless plug approaching!)

Our own experiences running digital campaigns that are complementary to our clients’ TV ad campaigns consistently show us that, rather than digital working against TV, the two are able to work perfectly in unison to produce results and engagement that neither one can do alone.

We’ve seen double the uplift in engagement when TV and digital campaigns run in this kind of symbiotic way. The results speak for themselves and are always far better-performing than when either medium is used in isolation. TV ads still can play a huge part in the cross-device conversation, particularly the kind of ‘call-to-action’ television that benefits from simultaneous PPC campaigns. For e-commerce of all kinds (think retail, travel, apps, online entertainment etc.) this double-act can be a godsend. 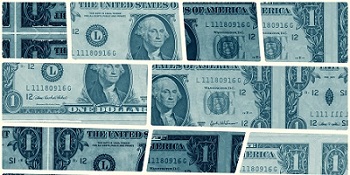 Traditionally, TV ad ROI has been a difficult fish to catch, and this is essentially down to a historical inability to record accurate, granular viewing data. To put it simply, ascertaining who exactly saw your TV spot and how it influenced their subsequent behaviour (and whether or not they became a paying customer) was kind of a frustrating guessing game. But with the advent of more sophisticated approaches to TV content recognition, as well as purchase attribution, this is no longer the case. One of our own key offerings is the ability to accurately measure the actual influence your TV or digital campaigns have on a purchase decision, and is something that shows that TV is as relevant to the buying journey as it ever was. The argument that TV lacks accountability is, simply put, obsolete.

Thank the stars for Netflix! Personally, we’d be lost (and extremely bored) without it and a world of other OTT content to fill our evenings. But how badly is this hurting TV ads? Does the rise of OTT spell the end for TV advertising? Well…not exactly. Plenty of other big players (think AT&T and their DirecTV Now service) are entering the on-demand streaming game too, and have touted the long-term value of TV advertising as being key to their investments – addressable ads in particular. Being able to target viewers to the level of detail that addressable ads can (via the mountains of data facilitating them) definitely stands to be a watershed in TV advertising. Crucially, it also means that shows with smaller audiences and ratings can still be of great value, if the right ads can still be show to the right person at the right time. This means producers and broadcasters can squeeze more value out of all of their content inventory, and keep TV relevant to advertisers.

Not quite time for a eulogy yet… 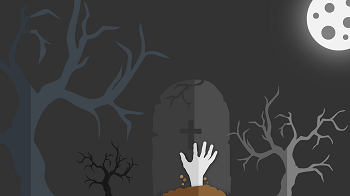 Let’s be clear about something. Ratings for the major networks haven’t been great in the past couple of years in terms of growth. There is definite competition, in particular, from OTT services. But this doesn’t mean the end for TV – far from it. What we’re witnessing now is not so much the devolution of TV and its place in the advertising spectrum, but an evolution. As viewers migrate to OTT models and away (in part) from linear TV, advertising spend will adapt to this. It would, however, be a mistake to assume that digital is going to swallow TV advertising whole. The two are not engaged in the zero-sum battle that passing observers might claim, but stand to be a great double-act in turning viewers into buyers. As its evolution develops, TV will continue to offer a bridge between an advertiser and a valuable customer. As long as this is the case, it will have a place in any smart media buyer’s plans.

Interested in keeping up with the latest trends and news on TV and digital? Why not sign up for our newsletter?